This week I had a couple of books from the library so I shoved aside what I had been reading for Stephen King before it was due back. Here’s what I read: 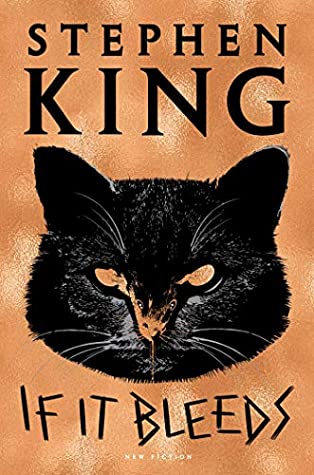 If It Bleeds is a new short story collection from Stephen King containing four short stories. Let me give you a quick, one-sentence set-up for each story. “Mr. Harriman’s Phone” details a relationship between a young boy and his mentor where a first generation iPhone plays a big role. “Life of Chuck” is a post-apocalyptic short story that begins at the end and moves backwards over three acts/vignettes. “If It Bleeds” is a new Holly Gibney story, and in this story, Holly sees something in the video coverage of a tragedy makes her think that she has spotted another outsider. “Rats” tells the tale of writer who has gone to a cabin to spend time attempting to write his first novel.

As in a lot of short story collections, this collection is uneven.”Mr. Harriman’s Phone” and “If It Bleeds” are both absorbing and rewarding stories. “Rats” would be entertaining except for the fact that it drags for about 10-15 pages right in the middle. “Life of Chuck” has some beautiful elements, but King is not really successful in blending the vignettes into a cohesive story. In the end, I was glad I got this one from the library rather than buying it. 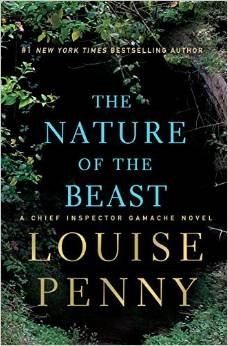 The Nature of the Beast is the eleventh Chief Inspector Gamache book. In the book, a nine year old boy with a big imagination is always telling stories of things that had happened. Adults don’t take him seriously anymore because so many times his stories have turned out to be completely in his head. So, when he begins to tell the tale of a big gun out in the woods, no one, not even former Inspector Gamache, believes him.

This was a a very good entry in one of my favorite mystery series. At first, I will confess that I believed that Penny might have jumped the shark with this series as it contains superguns and a serial killer with connections to Three Pines. It seemed a little convoluted, and I thought she might be attempting to do too much. Yet, it somehow works.

And as for the superguns, it turns out that the story of Gerald Bull and Project Babylon is actually based on historical fact and not fictional speculation. It was the part that I thought was completely crazy, so I guess it goes to show that you can’t make the craziest things up.

I’d Give Anything tells the story of Ginny Beale. At eighteen, Ginny is fun, fearless and loved, but twenty years later, she is fearful and closed off, with a husband who has entered a flirtation with a girl not much older than their daughter. The difference between the twenty years lies in a long-buried secret that created a barrier of separation between her and the dear friends that she had as a teenager. Will she find her way to freedom? What will happen with her husband? Will she ever be able to shed the burden of her terrible secret?

This is a fun and fast read. It’s also an easy read alternating in timeline between the present and the past and occasionally between the perspectives of Ginny and her daughter Avery. The book is slight at 250 pages and can be read in just a few hours.

My library had this labeled as romance, and I would contest that label. The Modern Mrs. Darcy Summer Reading Guide has it under the complicated family category, and I agree that it is a family drama all the way. I really enjoyed this book, but I don’t think I have read anything by her yet that has risen to the level of her book I’ll Be Your Blue Sky. This is only my fourth of her books though, so I’ve go a couple more to read before I can call myself a completionist.

I’m kind of happy with my totals this week because this is the first week I’ve read three books in a while. I’ve struggled to have the concentration to really dig into a book since all the COVID-19 lockdowns and everything began, so I’m pretty happy with my progress this week.

I did try The Woman in the Mirror this week and decided to DNF about 100 pages in. Maybe another time, but for now I just wan’t enjoying the creepy, haunted house vibe.

I'm a 40ish Mom of 4 children and the wife of a kind and supportive man. My interests include reading, theology and learning along with my children. View all posts by RavenThreads